The Myers-Briggs Type Indicator® (MBTI®) instrument is one of the most widely used personality assessments globally. Its typology is composed of four pairs of opposite preferences, called dichotomies:

The Myers-Briggs Type Indicator® (MBTI®) assessment is the best-known and most trusted personality assessment tool available today. As many as 1.5 million assessments are administered annually to individuals, including employees of most Fortune 500 companies.

The Myers-Briggs® assessment has its roots in Carl Jung’s theory of psychological type. Katharine Briggs and her daughter, Isabel Briggs Myers, developed Jung’s theory and the first forms of the instrument, sharing a vision “to enable individuals to grow through an understanding and appreciation of individual differences in a healthy personality and to enhance harmony and productivity among diverse groups.” In developing their assessment, Briggs and Myers sought to sort personality preferences using the three dichotomies explicitly described in Jung’s writing, along with a fourth dichotomy made explicit by Briggs and Myers. These four dichotomies are:

The MBTI assessment has been revised several times since it first appeared in 1942. New item formats and scoring methods were developed and tested first by Isabel Myers and later by professional psychometricians, with each revision leading to technical improvements over the previous form. The most recent forms are Form M and Form Q, both of which use item response theory (IRT)-based scoring and item selection.

Form M, first published in 1998, is the standard form for identifying an individual’s four-letter type. Based on results from abroad and a nationally representative sample of 3,009 people, each of the four preference scales has an internal consistency reliability of .90 or greater. Form Q, first published in 2001, identifies an individual’s four-letter type and produces a more detailed representation of individual differences within type by reporting 20 facets. Based on results from a nationally representative sample of 1,378 people, the median internal consistency of the 20 facets is .77.

The validity of both Forms M and Q has been examined through behavioral observations, exploratory and confirmatory factor analyses, correlations with related measures, and even brain scans. For instance:

In fact, a research database maintained by the Center for Applications of Psychological Type (CAPT) lists more than 10,000 articles, books, and chapters relevant to the study of psychological type. Today, the MBTI assessment is available in 21 languages, with more translations and international research efforts in development. With its long and distinguished history, it continues to be used by people around the world to improve individual and team performance, explore careers and reduce workplace conflict. Through these and other applications, the MBTI assessment plays a part in the vision laid out by Briggs and Myers, helping people understand and appreciate themselves and others.

Schaubhut, N.A., Thompson, R.C., & O’Hara, J.M. (2008). The influence of the personality of where people choose to work. Poster presented at the Annual Convention of the American Psychological Association, Boston, MA, August 14-17, 2008. 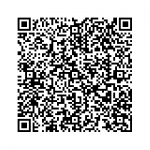